Experience. Take a walk to Cape Columbine lighthouse and Groot Paternoster Nature Reserves or visit the rustic fisherman's haven of Tieties Baai and be inspired by magnificent sunsets. Feast at local restaurants Reuben's Abalone House, Gaatjie and Oep ve Koep or buy your own local fish and shellfish from local fishermen and prepare your banquet back at Sugar Shack.

The Unique History of the Village. Paternoster was named after a prayer. The story goes that long ago when Portuguese sailors were ship wrecked in the area, they prayed that one day they might see their homes again. The prayer always began with Patre Nostre, meaning Our Father in Latin.

A Graveyard of Ships. In 1899 the SS Ismore, a British troopship, went ashore near Kraletjies Bay. Glass beads still wash up on the shore! In 1910, the Lisboa steamship ran aground on Soldiers Reef neat Paternoster carrying a cargo of bulls, olive oil and wine. In 1930, the SS Malmesbury was wrecked near Jacobs Reef at Paternoster while on her maiden voyage. Nine people drowned when one of the life boats was launched too hastily causing one of the davits to break.

Spectacular Beaches & Surroundings. Paternoster is situated about 145km north of Cape Town on the R27 (15 km from Vredenburg). This picturesque fishing village is one of the oldest towns on the West Coast with very strong fisherman-influenced architecture. Stroll along an 8km stretch of unspoiled white sandy beach while taking in all the majesty of the ocean, country side and quaint white cottages - perfect for anyone who wants to understand what “getting away” truly means.

Experience the Seafood Delicacies of Paternoster. Paternoster is the fisherman's haven on the West Coast with the azure Atlantic Ocean providing an abundance of seafood including crayfish, snoek, geelbek, galjoen, white steenbras, hottentot, kingklip, and white and black mussels. White mussels are plentiful in the shallows but tend to move about slightly, so if you're looking for them, watch the Oystercatcher bird for sound advice on where they are easily collected. You will find the locals with fresh crayfish in season normally from November to January. Visit their fishing boats on the beach as they arrive back with their morning's catch. 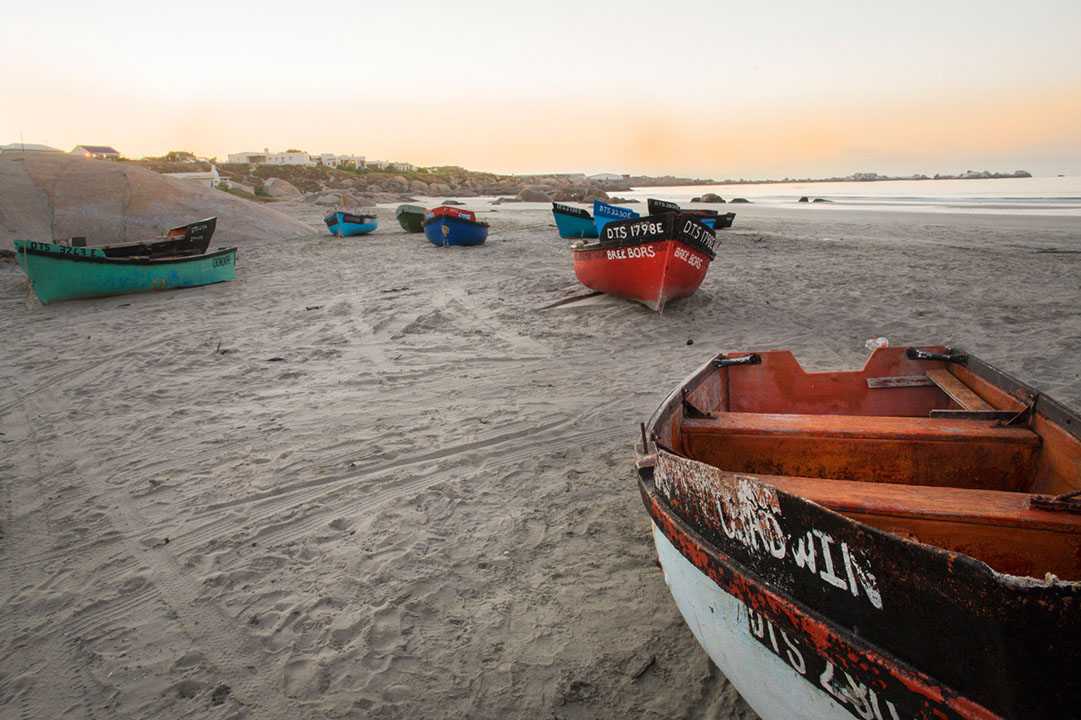